Rumor has it that George L. Coleman originally built a four hole golf course in Miami so his  son George could learn how to play golf.   It is true. He built the original four holes in 1916 so his young son, George Jr and others could learn how to play the sport that he'd seen other people play in California and Florida. Jane Osborn shared that George Jr. and Willie, her husband, visited a lot.  George told Willie that his dad built the course so he could learn to play golf. George Coleman and his wife traveled a great deal and realized that golf was a new up and coming game, and it would behoove George Jr. to know how to play the game.

The original four holes did not have greens, they instead had a target designated at which to shoot.

Hole  #1 a par 4 faced the west with a target that lay in the SW corner of the lot. It did not have grass or sand greens merely a target for each hole.

Hole #2, a short par 4 faced NE following the creeks and trees on the left side of the fairway with the target approximately where #3 green lay (on the south side of the creek) when the course became nine holes in 1936.

Hole  #3 faced east crossing the creek and continuing up the hill (like old #4).

Hole  #4 then reversed and headed back to the clubhouse building, again crossing the narrow creek.


By this time, 1916, the Miami Royalty Mining Company made George L. Coleman, Alfred Coleman, James Fountain Robinson, and Charles Harvey very wealthy men.  The mining of lead and zinc would put Ottawa County on the map for its lead and zinc production during World War I. The Miami Royalty Mining Company consisted of George L and Alfred Coleman, who were the experts in drilling and whose original interest was in drilling for water, along with James Fountain Robinson and Charles Harvey, who had formed a partnership in securing land, leases, and the insurance business and were able to obtain capital to drill for the possible weath to be found below ground.

As the lead and zinc mines began feverishly producing  in 1907 from Commerce, Ok, through Treece and Galena, Kansas, the SE tip of Kansas, and through Joplin, Missouri to Carthage, George L. Coleman and James Fountain Robinson worked in various projects to put Miami on the map as a place to visit and live. In 1907 when Oklahoma became a state Miami became the county seat of Ottawa County (but not without a contested battle for the honor). Because of their influence and money, the Miami Baptist Hospital and the Board of Education became a reality. Miami grew in health, prosperity, education, and entertainment thanks to what is commonly called the "Big Four."

For more information on the mining of lead and zinc from 1905-1940's please refer to The History of Ottawa County by Velma Nieberding.

After several years of the community learning to play golf and take an interest in this new sport, Coleman hired Ed Dudley in 1920 to become the first professional golfer at Rockdale Country Club.  During this time Dudley and several members of the club designed and added five golf holes to the existing four.  Sand greens were added at this time.  One of the most colorful characters, Ky Laffoon,  learned to play golf at Rockdale Country Club under through the teachings of Ed Dudley. Ky Laffoon went on to win several professional golf tournaments. Over the next forty years the influence of Ed Dudley, George Coleman Jr., and Ky Laffoon impacted amateur and professional golfers throughout the United States.  Dudley went on to become a well-known and admired PGA golf pro. Two of his most admired students were President Dwight Eisenhower and Babe Didrikson Zaharias. For more information on Babe click on this link. Biographical sketch of The Babe

In 1923 Ed Dudley left Rockdale to become the pro at Oak Hill Country Club in Joplin (later known as Twin Hills). Oak Hill along with Schifferdecker club were built with money from the lead and zinc mines in this area. More information on Ed Dudley

There are so many interesting stories about early golf in the new state of Oklahoma, but this fact I found most interesting, considering the cost of golf nearly one hundred years later. In 1924 Rockdale Country Club became a member of the Oklahoma State Golf Association giving local members of the club the right to play, without paying a green fee, other courses in the state that were members of the state association.

The Tri-State Golf association was already active in men and women's golf in the early 1920's. The first tournament of the Tri-State association in which Rockdale players entered was held in Pittsburg, Ks on May 4, 1924. The Tri-State championship tournament was held at Rockdale Country Club September 23--27, 1924 on the nine hole course. In order to lure large numbers of men and women golfers George Coleman announced that there would be an elaborate reception and grand prizes for the players.

More stories to follow month on the development of the Miami Country Club.

The Heartbeat of the Story


In the last year two new movies "Wonder Woman" and "The Last Jedi" hit the movie screens and people of all ages and genders flocked to the theatres to take flight in a fantasy of possibilities. The entertainment factor appealed to our imagination.  Both women persevered and abandoned the life they'd planned, much like each of us do day by day, except Wonder Woman and the young Jedi possessed the gifts of power and strength that we can only enjoy via the movie screen or books.  Each heroine carried a purpose "to save the world from Evil."

We must be willing to get rid of the life we've planned, so as to have the life that is waiting for us.
--Joseph Campbell 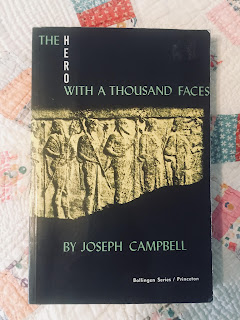 There were decades in my life, as a parent and teacher when I truly believed I could  make a difference in the world. It might be only in tiny steps, but my purpose remained clear--leave the world a better place than I found it by making a positive impact on the lives of children.


Follow your bliss and the universe will open doors for you where there were only walls.
--Joseph Campbell


Like Wonder Woman I discovered that I couldn't do it all, but I could do my best for children every day.  Luckily, I stepped into the world of children's literature when hired for my first library job in a public library where twice I'd been kicked out: Once as a child when my little sister would not stop crying and we were asked to leave;  The other time when my orneriness created too much havoc on a quiet study night and the librarian told me to exit.

The cave you fear to enter holds the treasure you seek.  --Joseph Campbell

Along the way to saving the world, one child at a time, I found friends and fellow teachers, who believed as I. Our desire to help each child drove us to be better people and teachers. Even with 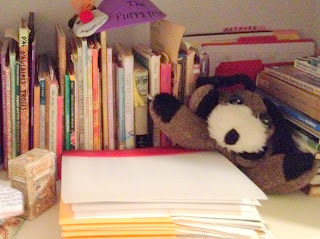 dream and purpose, we are not heroines nor heroes of newspapers and books, we are instead, as my mother liked to describe 'the heartbeat of our family.'


We're not on our journey to save the world but to save ourselves. But in doing that you save the world. The influence of a vital person vitalizes.           --Joseph Campbell 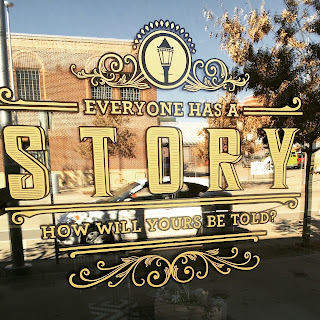 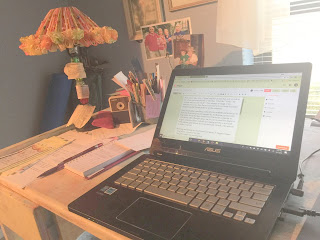 How many types have I typed shut this or shut that only to look at the screen and read sh_t.  Like "Cathy" the cartoon character, I scream "Ack!"  Then attempt to laugh at my mistakes (yes, thankful for spell check not auto check), but some days I'm so frustrated with my brain/keyboard connections that I want to throw up the computer.

From the decades of  motherhood to the present day the erratic search for methods and activities to slow me down has given me insights to: meditation  (no success); refreshing long walks (successful); Tai chi, too slow (no success) but might try it again someday: Yoga (helpful). Hen I realized that singing quietly in my head while playing golf helps me focus and relax outside, so who not use it on the computer.

Relaxing and letting my mind search for music I began to hum--
Slow down, you move too fast
You got to make the morning last
Just kicking down the cobblestones
Looking for fun and feelin' groovy...

I'm no longer running down the cobblestones, but I am running and moving my fingers over the keys fart to quickly.

This is retirement, why am I not watching the flowers growing instead of rushing from one task to another? 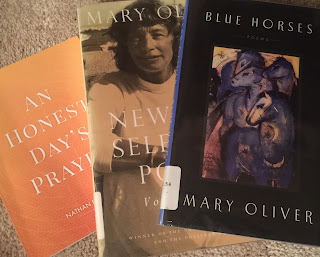 But rhymes, yes rhymes do help in the form of poetry by Mary Oliver, Nathan Brown, or occasionally Ruth Zardo, a poet of Louise Penny's imagination.


I got no deeds to do
No promises to keep
I'm dapples and drowsy and ready to sleep
Let the morning time drop all its petals on me
Life, I love you
All is groovy.
Feeling Groovy by Simon and Garfunkel

Eureka! Finally, I've thought of my first "Try Something New for 30 Days" challenge (Try Something New) except mind will be for 28 days.  I will listen to music every day, perhaps a little Norah Jones, Enya, Wayman Tisdale, or simply ripples of musical blends to open my mind to new sounds. 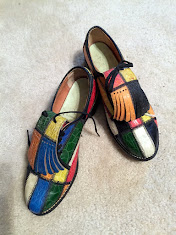