My father, Johnie Stapp,  loved to work on cars, build cars, drive cars fast, and travel.  Since he didn’t have a son, I became his shadow and helper.   When I learned to read a road map better than a textbook, my mother described me as a curious child to her bridge club friends.  I understood that it was a survival technique after having experienced my father’s verbal frustration at mother’s inability to read a map and give directions.  Learning to read road maps served several purposes for me.  One, by sitting in the front seat on long trips I was less likely to vomit from car sickness   Secondly,  I could honestly read the maps and signs well enough that we didn’t get lost. Third, I didn’t have to sit in the back seat with my little sister and get in trouble for touching her half of the bench seat. At some point Dr. Graham told my parents about drug called Dramamine, which knocked out children and they slept through curving and hilly roads. When I took Dramamine, my power of sitting up front was taken away from me. I didn’t always have to take the sleeping pill, as I called it and over the years and miles of travel, my skills of map reading came in handy preserving peace in our family. 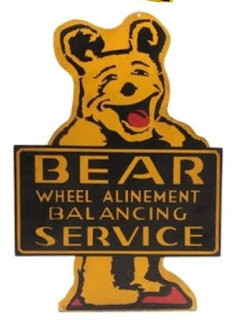 No one could take my energy and curiosity about racing and race cars away from me.  When my father bought his first fast car from George Coleman, Jr., I was barely big enough to look out of the window of the shiny green 1952 Oldsmobile.  It was our family car. Dad with the help of his mechanic buddies from B&M garage on Main Street, Miami, Oklahoma kept the engine running at top speed.  With its V8 engine it could now race quarter mile straight out on dirt tracks.   The nearest track with a quarter mile straight away for that type of racing was in Missouri, near Joplin.


My eyes nearly exploded the first time I sat on a wooden bench with mom and my little sister, Jonya, and watched the cars scream by me.  Dust, dirt, and engine heat filled my nostrils leading my lungs to scream, “Faster, dad, faster.”  Mother pulled at my shirt tail keeping me away from the fence as I continued to jump and yell, even though the race was over.

I don’t remember that we attended very many races, but I do remember one particular nigh when I was in third grade at Lincoln school (1955-56).  We had watched several other races and it was nearing dad’s turn.  He stood up and turning to us said, “Tizzy how about taking a spin down the track with me?”  I’m sure mother had to grab my shirt tail, as I leaped high off the bench in jubilation.

“Now Johnie, I don’t think that’s a good idea.  Anything could happen out there, and besides she gets car sick.  How could you forget that.” Mother cried in a demanding voice.

“Helen,” Dad replied with a sigh in his voice, “she’ll have a seat belt on, and it’s a straight race to the finish line.”

“Mom,” I pleaded, “you know we’ll be safe because we always wear seatbelts and I like it when Dad drives fast.”

Taking me by the hand we walked past the bleachers of people down to the parking lot and into the Olds.  Suddenly, my insides pounded and I knew I had to tinkle, but  I guessed that if I told dad I needed to go tinkle, I’d lose out on riding in the race.  The next thing I knew I was buckled into the front seat starring out the open window at the people in the bleachers.   We sat there for eternity waiting our turn, while my eyes scanned for mother and Jonya.   The car reverberated in place as dad kept one foot on the brake and one on the pedal, then with a burst of energy the car leaped forward, and I bolted backwards into my seat forcing me to sit tall and straight as the people in the stands and the wire fence blurred past my eyes.  I’d imagined of waving as we flew by my mom and my sister, but instead my body buzzed with excitement.  I don’t remember whether dad won or not.  I only remember the feeling of humiliation as I realized I was sitting in a warm puddle in the front seat of the car.

After we drove off the race track and back to the lot of parked cars, I pulled myself forward to get out of the car, then froze in place as the warm lingering buzz of the race trickled down my legs and cold tears filled my eyes.  “Daddy, I couldn’t help it.” I whimpered, not making eye contact with him.  “It just came out of me when you hit the gas. I couldn’t stop it, I couldn’t help it.”

My words continued to babble from my lips making no sense until Dad raised his voice and patted me on the back.  “You’re fine, Tizzy. Now take a deep breath and stop crying. Your mother is walking over here.”  In my head I wanted to stop crying, dry off and look cool, but in my heart I just wanted to run from my own humiliation.

I never believed that dad was angry with me for wetting my pants, but I think he was concerned about what had just happened.  What had he done?  Had he crossed a dangerous line with his oldest daughter?  I had no fear as a child, but I think it was events like this that helped me recognize danger, and how to stand my ground and say, “No.”

Out of the car it, was clear that I had wet my pants.  When mother saw what happened she reached for my little sister’s hand and stared at my father, rather than hug me.   Then in a rather icy voice she spoke, “See there Johnie, you’ve scared her to death.  Letty’s just a little girl.”

“Damnit Helen, she’s fine.  Grown men have done the same thing.  She’s not afraid.”  Then they both looked at me.  When I heard the anger in their voices, the tears quit flowing, and I stood alone glancing at my parents then at my little sister.  She was holding tight to mother’s hand and trembling with fright, I think more from their voices than from the dirt track races.  Finally, the quivering deep down inside of me released my voice and I shouted, “I’m ok.  I’m ok.  It just made me go tinkle, that’ all.”

I tried to think of something funny to say, to make us laugh and the anger go away, but no funny words came.  It was a quiet drive home, always eerily quiet after mom and dad argued.

Arguments weren’t uncommon in our household, but they were most painful to me if my actions had caused the fight.   To this day I’m not comfortable with people arguing, and I will avoid confrontation whenever possible.  As a child who keenly observed people, I knew then, as I know now that no one wins an argument when feelings are hurt with ugly words.

My accident, as mother called it, didn’t stop us from following dad from time to time to the drag races in the green Olds.  There seemed to be some subtle agreement between mom and dad that I wouldn’t be in the race car on the track again. I never lost my curiosity and thrill of riding with my father, especially after he bought the Muntz from Lou Newell in the late 1950’s.

**This story came from memories I have collected as I research the history of my home and golf course. My history story from Miami, Oklahoma can be read at Johnie Stapp--The War years to 1947

*Search for other blogs about MIAMI MEMORIES in the search bar above right.

*Thank you Bobby Poole for helping me with pictures and locations of our Miami childhood memories.

hi, my name is murphy doodle, and i have lived in this house for a year,  i don't know what a year is but that is what letty tells people and then she smiles and hugs me all over

i love this house and especially the blue couch they bought for me to sleep on and play on, it is so cool and comfy

i am too big to sleep on the back now, but i can curl up and lean on it, i can pose on it, jump over it, jump off of it and chew my toys on it

sometimes, letty scolds me when i jump up from behind, or over the side where the table sits........i don't know why?

one day i jumped over a pretty lady named jonya and i really scared her, but i didn't hit the drink in her hand, i didn't knock over the books on the table, i was careful, but suddenly they asked me to go outside and play......that was just fine with me, i really like to play with toys in the backyard, i can even throw a frisbee and make it roll 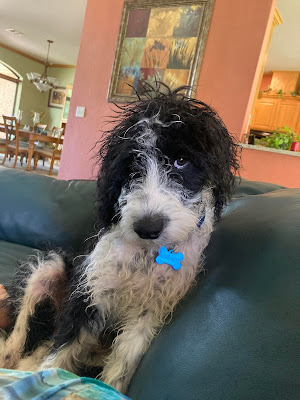 i like to play in the mud and dig holes, it is  so much fun, then I have to take a bath,  i get baths way too often.....my puppy mother showed me how to lick myself clean, so why does letty have to wash me?

my favorite thing to play in the house is chase the toy, i can chase whatever jack throws, it is so much fun to jump off the couch when the toy rolls by me, i pretend it is a squirrel

when i am outside the squirrels run by me and around me but i cannot catch them, one time when i ran really fast i slid into the tree and bumped my side so hard that i barked at that big tree, and the squirrel barked back at me

that is when letty and jack really laughed at me because they said the squirrel barked louder than i did...someday i will catch a squirrel and show those animals that this is my yard

i have a secret....at night when jack gets up to walk down the hall way i sneak along behind and crawl up on the couch in the dark, he doesn't know that i have left the sleeping room for my couch......then i get to sleep on my soft couch until the light wakes me up 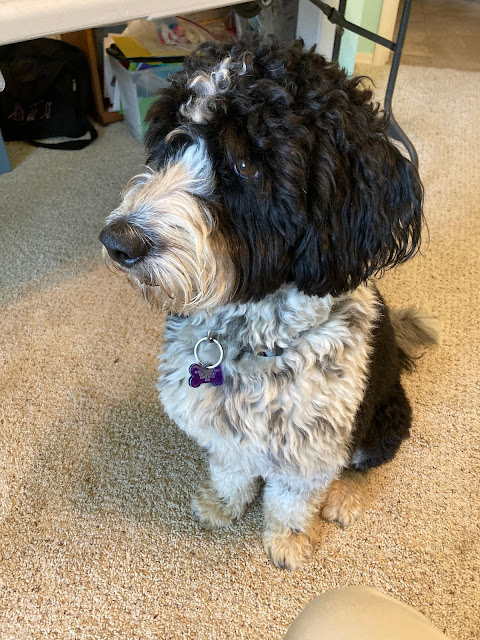 this is how i sit when i am writing with letty
sometimes i have to use my paw on her arm to get her attention i think she likes to look out the window at the bird feeder and watch the birds when she is thinking about words
i am so  OH OH OH  HURRY LOOK THERE IS A SQUIRREL IN THE BIRD FEEDER OUTSIDE...QUICK LETTY....HIT THE GLASS...NO LET ME GET IT...MOVE OVER...I CAN GET IT....
Murphy, stop. Settle down. The squirrel is gone.

i ran all over the house and chased that squirrel off the the feeder and over the roof, but i still didn't catch

now i need a bone to chew on 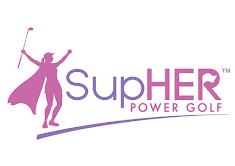